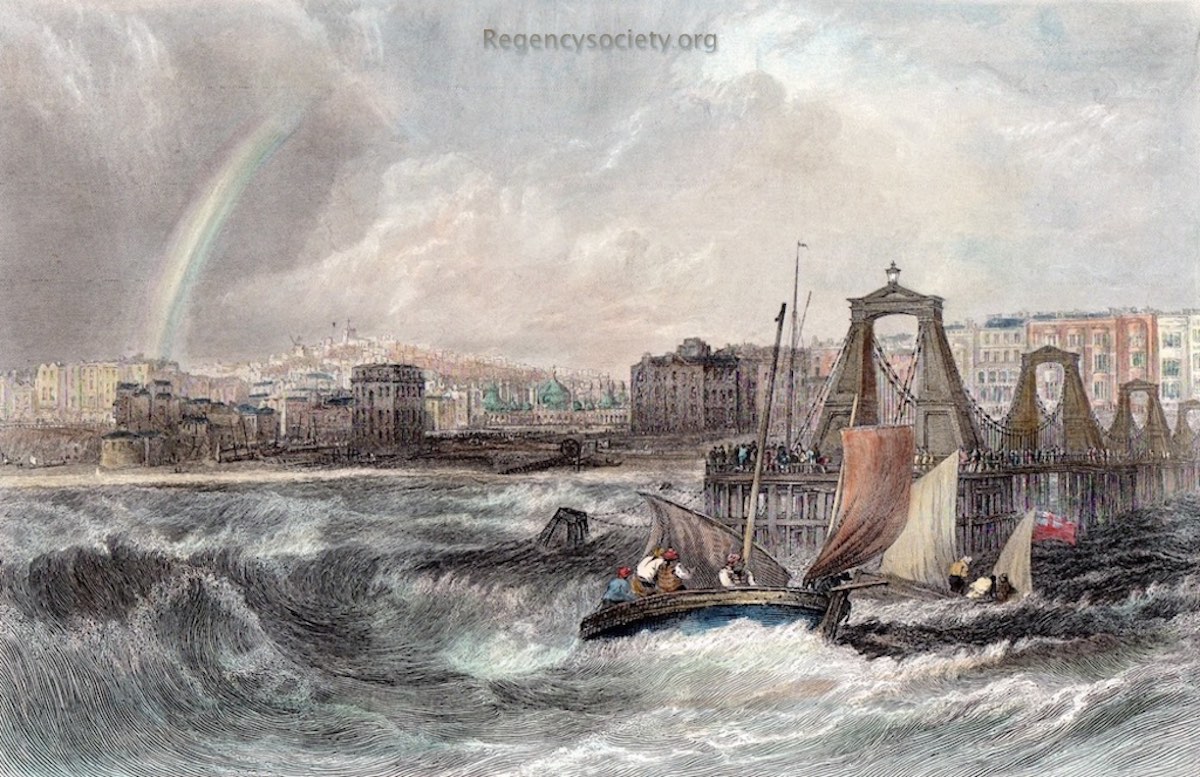 There is a close-up view of this image available. Click here to see the detail

There are five different publication states of this popular plate, ranging in date from the first in 1825 to the final state of 1892, where the sky has been extensively re-engraved. This example is the edition of c1878. Turner’s original watercolour drawing for this print is now owned by Brighton Museum, having been purchased at auction in New York in 2012.

This view represents Turner’s only discernible depiction of the Royal Pavilion.

The engraver, George Cooke (1781-1834), was born in London of a German father and specialized in line engraving on copper plates. However, he became one of the early exponents of engraving on steel plates. By this plate’s original publication date of 1825, the technique of engraving on steel was only about six years old in England, and had involved much experimentation in the process of decarbonizing steel to make it soft enough to engrave. Once engraved, the decarbonizing process had to be reversed to harden the steel again, so that upwards of 20,000 impressions could be made without visible wear of the plate’s details occurring. With the previously conventional copper plates, wear would begin to be noticeable after a hundred or more impressions, depending on the finer details of the engravings.

The original copper plate edition was included in Turner’s publication of Picturesque Tours on the Southern Coast, but the artist was quick to realize the added potential for income from steel plates. The next edition was re-engraved on steel, again by George Cooke, and Turner included it in his Antiquarian and Picturesque Tour Round the Southern Coast.

Illustrated in The Old Ship: A Prospect of Brighton by Raymond Flower. Croom Helm, 1986. Illustrated on page 90.

View other images where the weather plays a major role