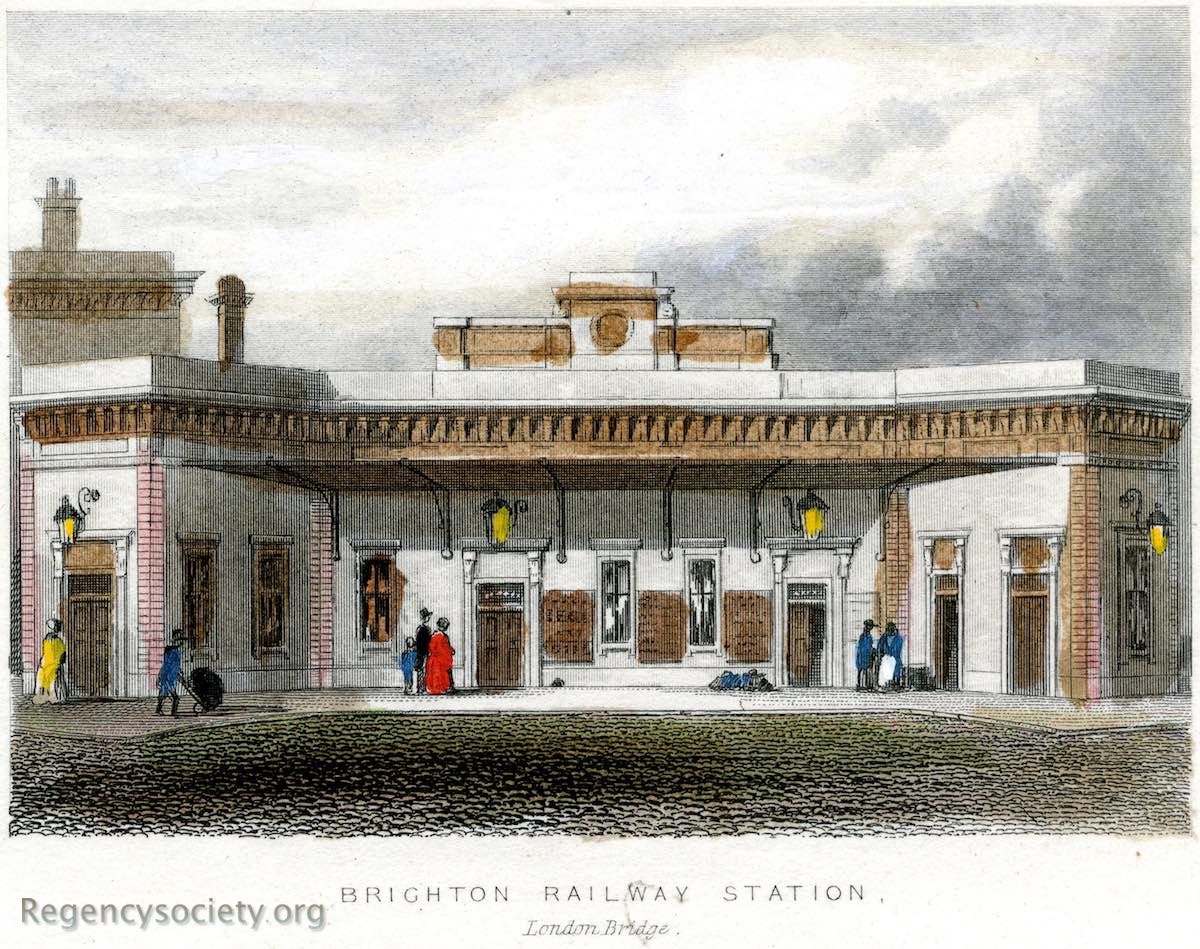 An unrecorded steel plate line engraving – no artists known, c1845. Research has been difficult, with the suggestion that London Bridge station was a little to the west of its present site, nearer Southwark. Laurie Keen, in his Close Up articles in the Argus Saturday Magazine of 2 April and 4 June 2016, explains the business situation at the time. Various railway companies used London Bridge station and the Brighton line had to pay them rent. From London, the first 1½ miles was shared with the Greenwich Railway, to whom Brighton paid a toll, and for the next 8 miles Brighton paid a toll to the Croydon Railway. Keen writes: ‘Presumably these tolls only ended with the 1846 amalgamation into the South Coast Railway’. For the second half of the year 1844, records show that the line carried 320,000 passengers from London to Brighton, and Keen suggests: ‘Under this pressure the London Bridge station was renamed Brighton Station’ until ‘a larger one was built some time later’.

See all images of the railway