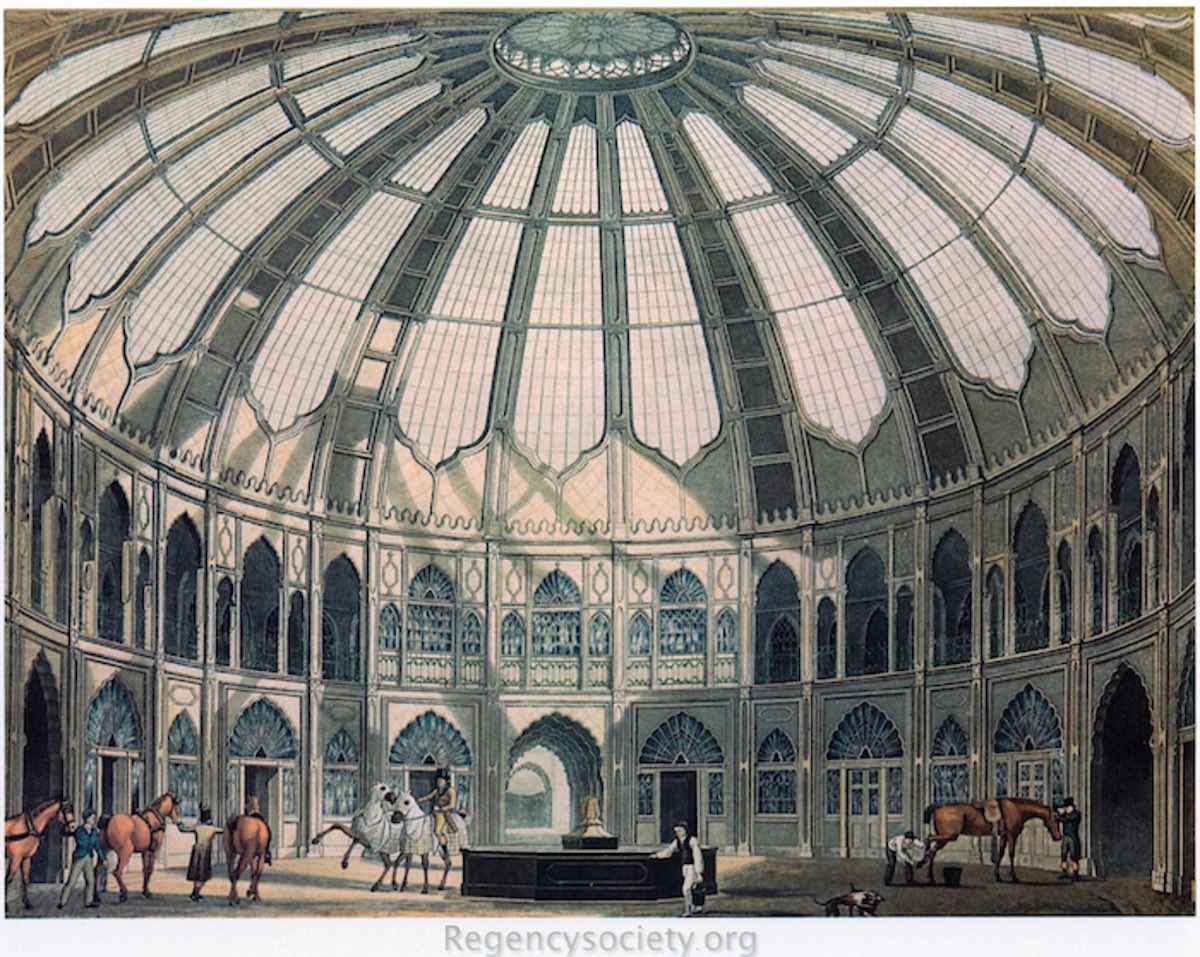 Hover over image to view 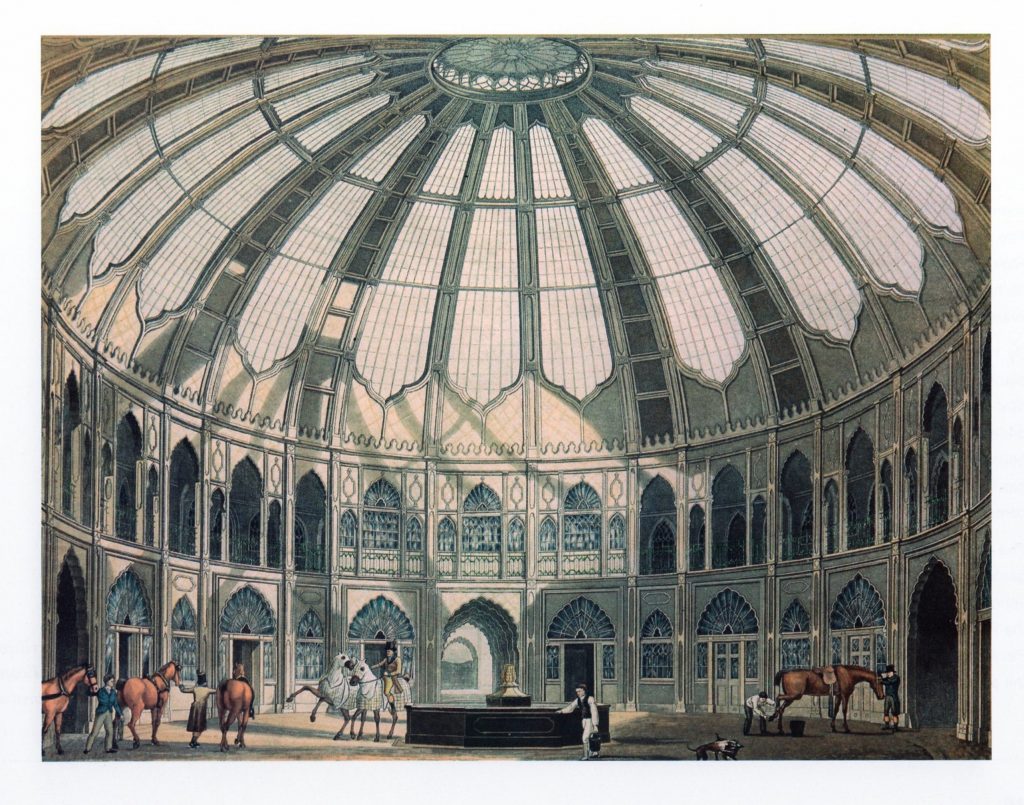 Aquatint by Robert Havell after Charles Moore. Published in  Royal Pavilion by Ackermann and Nash, 1826, showing the interior of the Pavilion stables.

Designed by William Porden and built 1805/06, these stables for the Pavilion had one of the largest domes in the world at the time. Porden took inspiration from the Paris Corn Market and William IV made more use of it than George IV, housing 44 horses there at its height. When Brighton Corporation purchased the Pavilion estate in 1851 they commissioned Philip Lockwood to turn it into a concert hall. Lookwood was the designer of the Madeira Drive terraces. In the 1877 Handbook for Travellers to Sussex, published by John Murray of Albemarle Street, London, the stables are described: ‘A large circular building . . . originally the stables, now serves as a Concert-room . . . Few provincial towns in England possess so fine and convenient a public hall as this one now is. Adjacent, but with distinct entrances (in Church St.), are a public Library, a Museum, and a Picture Gallery’.

Images of Brighton 459 and illustrated on page 45.