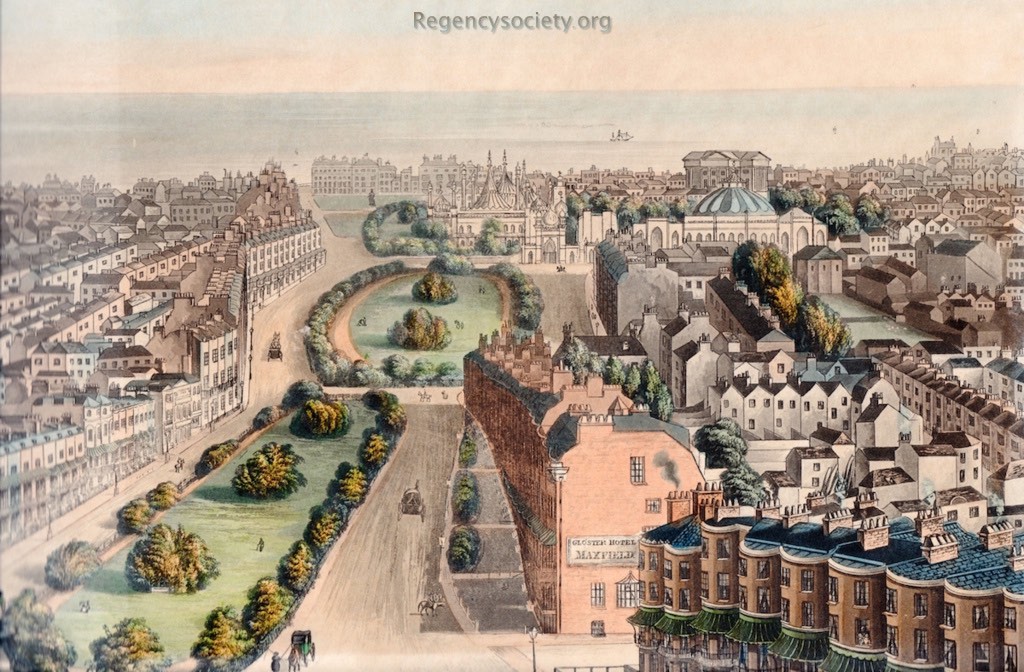 There is a close-up version of this image: click here to see the detail.

This view shows the southern end of BPC00449. On the immediate right-hand side is the terrace of homes called St George’s Place with their front gardens and railings.

Church Street Infantry Barracks, a substantial military complex seen behind (to the right in this picture) Marlborough Place and also known as Pavilion Barracks was originally a row of timber huts, which in mid-construction were changed to more permanent buildings as the government realised the conflict with Napoleon would last much longer than first expected. They were completed in 1796, with a brick perimeter wall. They remained until 1869 by which time, with a lack of maintenance, they had become an eyesore and were demolished, making way for the council’s highway equipment store, and the North Street Slipper Baths on the northern boundary.