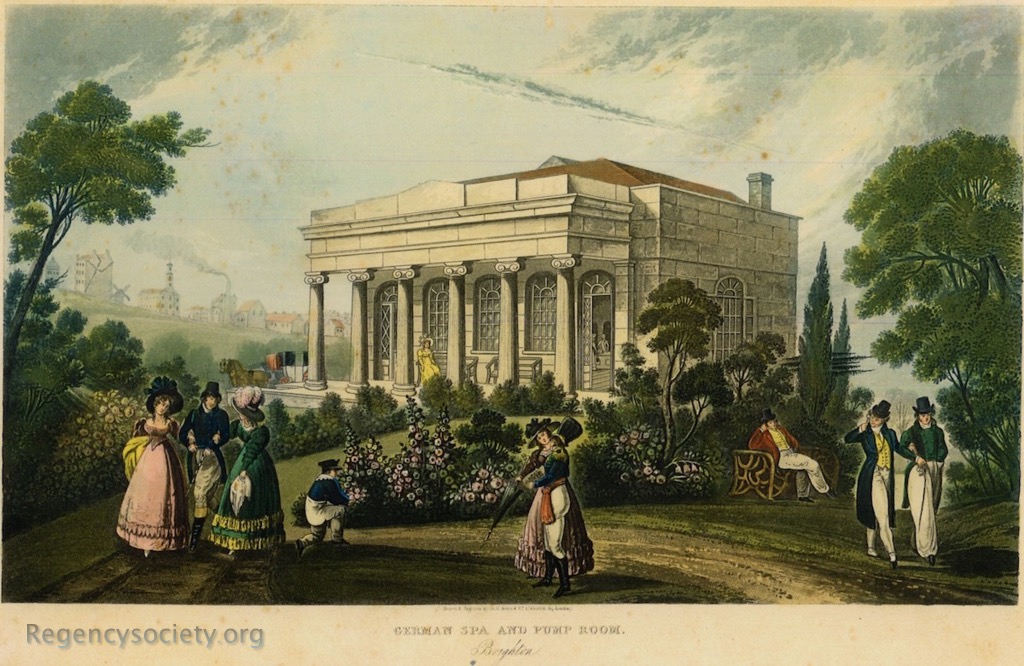 The German Spa (later the Royal German Spa) was opened by Dr Friedrich Struve of Dresden, who was able to artificially reproduce the characteristics of natural health-giving spring waters. With his production methods not requiring the geological location of a natural spring, he chose a site convenient to the centre of Brighton and Kemp Town. The terms of his lease on the land in Brighton Park (later Queen’s Park) was that his pump room must face north and be hidden behind ‘a Colonnade or Ornamental Front’, which is all that remains today. By the 1850s other chemists in London were manufacturing health-giving ‘Brighton Seltzers’, one of whom was the successful William Hooper. In 1891, because of the generally falling interest in the practice of ’taking the waters’, Struve and Hooper merged their companies, giving rise to the famous Brighton lemonade factory of Hooper Struve. The new company continued to use the spa building as a store room, until eventually it was left to decay and lost all its cut-glass partitions, mirrors, mahogany serving hatches and gilded mouldings.

In the background can be seen St. George’s Chapel and the Kemp Town Brewery.

Illustrated in Life in Brighton: from the earliest times to the present by Clifford Musgrave. John Hallewell Publications, 2nd edition 1981, after p 64.

Images of Brighton 988 and illustrated on page 77.

See all images of Queen’s Park

There is more than one image of this site. Click here  to view all images