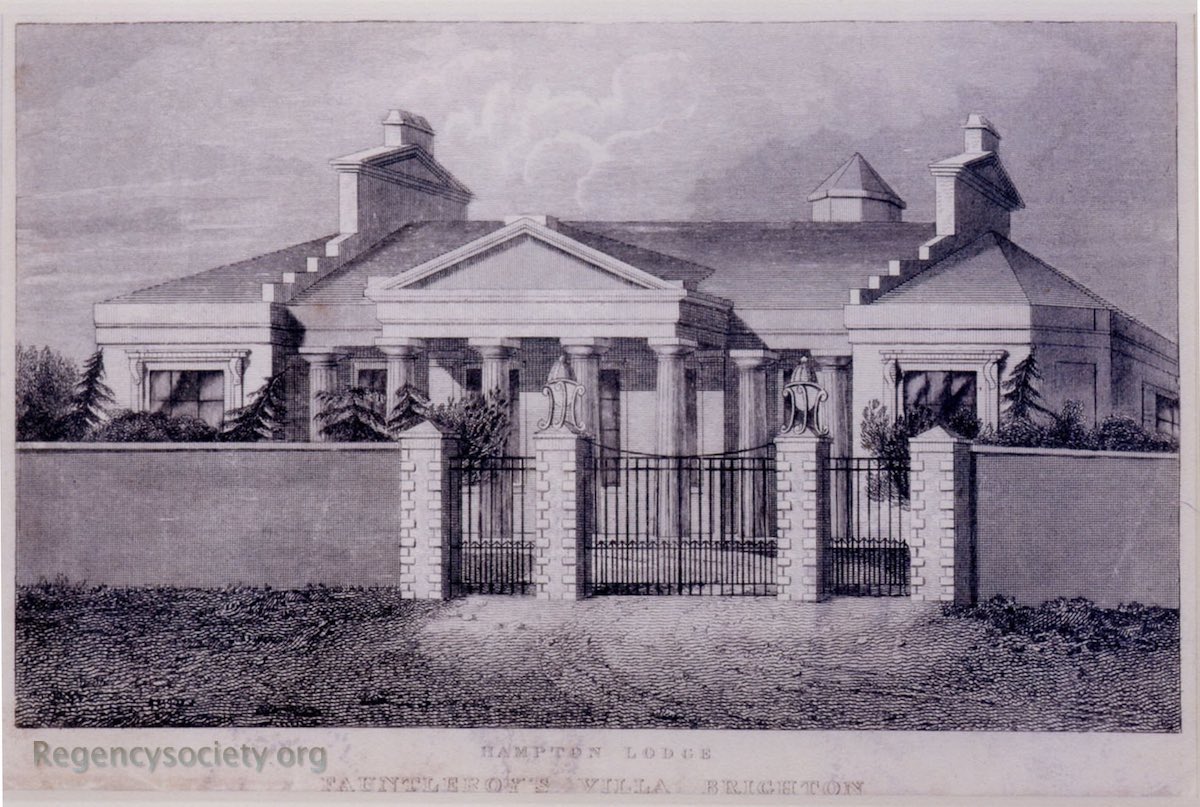 This ornate bungalow stood a few feet away from the corner of Western Road and Hampton Place, where the Post Office used to be and where the postbox presently stands.

Henry Fauntleroy (1785-1824) was living in this villa in August 1822, and at this date he established a restrictive covenant on Mrs Ann Sober (Thomas Read Kemp’s sister) who lived opposite him in Western Lodge, near the corner where Sillwood Road and Western Road is today. The restriction was over what she could plant in her grounds that might spoil his view of the sea.

Fauntleroy was a banker with Marsh, Sibbald, Graham, Stracey and Fauntleroy of Berners Street, London. He was hanged at Newgate Prison in November 1824 for forging clients’ signatures to cash in government stocks. He had lived the high life in Brighton, having several lavishly furnished houses but, by the time he was found out, his bank’s losses were over £400,000. The hangman was James Botting who lived in West Street, not far from Hampton Villa. The bungalow villa was then purchased by Sir Edward Codrington who lived there until August 1832, when he let it to Sir Samuel Shepherd. In preparation for the eventual sale of the Codrington estate by the Codrington’s grandson, Hampton Lodge was recorded as being let in 1884 at the annual rent of £153.3s.6d. The bungalow was situated near to the south-west corner of Hampton Place and what is now Western Road. On its eastern side, its garden ran up to the Hampton Place corner where Sutton Lodge and Codrington House were later built, and still stand. Codrington was the captain of Orion (74 guns), and was involved in the blockade of Cadiz and the battle of Trafalgar in October 1805.

Illustrated in The Victorian Development of the Clifton, Montpelier and Powis Estates of Brighton by Steve Myall. Pomegranate Press, 2008. Illustrated on page 106.

There is more than one image of this site.Click here to view all images