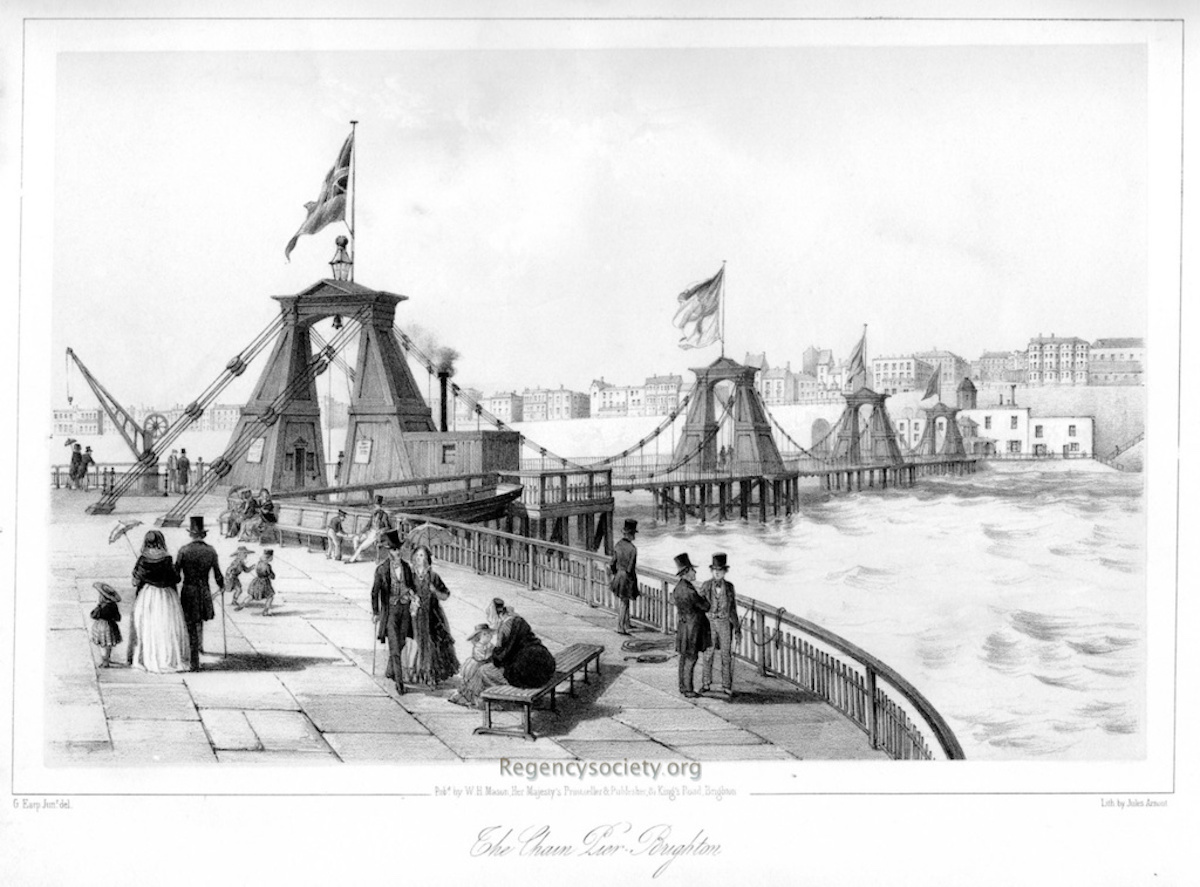 Sepia lithograph by Jules Arnout after the drawing by George Earp Junior. Printed by Lemercier and published by W H Mason, 81 King’s Road, Brighton 1846. This is the dated publication line that is recorded in Images of Brighton, but on this print the line reads ‘W.H. Mason Her Majesty’s Printseller and Publisher’ and it is not dated.

The Pier Head became a fashionable meeting place and promenade and had a telescope and sundial. The bell just under the arch of the south tower announced the departure of packet ships to the continent. The Pier Head area was paved with 200 tons of Purbeck stone, fragments of which can still be found on the seabed. On the land end can be seen the building that offered visitors and travellers a library and meeting room. The tower on top of this was the camera obscura. On the pier itself the pylons holding the chains were cast by the Regent Foundry in Brighton, and with doors and windows in them, most were used as refreshment kiosks or souvenir shops. In one rare woodcut of the pier, one of the pylons is illustrated as ‘Whittmore’s Juvenile Library’. In the Brighton Revealed catalogue is an illustration of Ellen Terry’s wine shop in one of the kiosks and the text mentions that John Bruce sold his prints from the second tower, silhouette portraits were sold from the third and wax flowers from another.

The actual walkway of the pier was quite narrow, only 13 feet across, which didn’t lend itself to the promenading pastime of the period, as the later West Pier did.