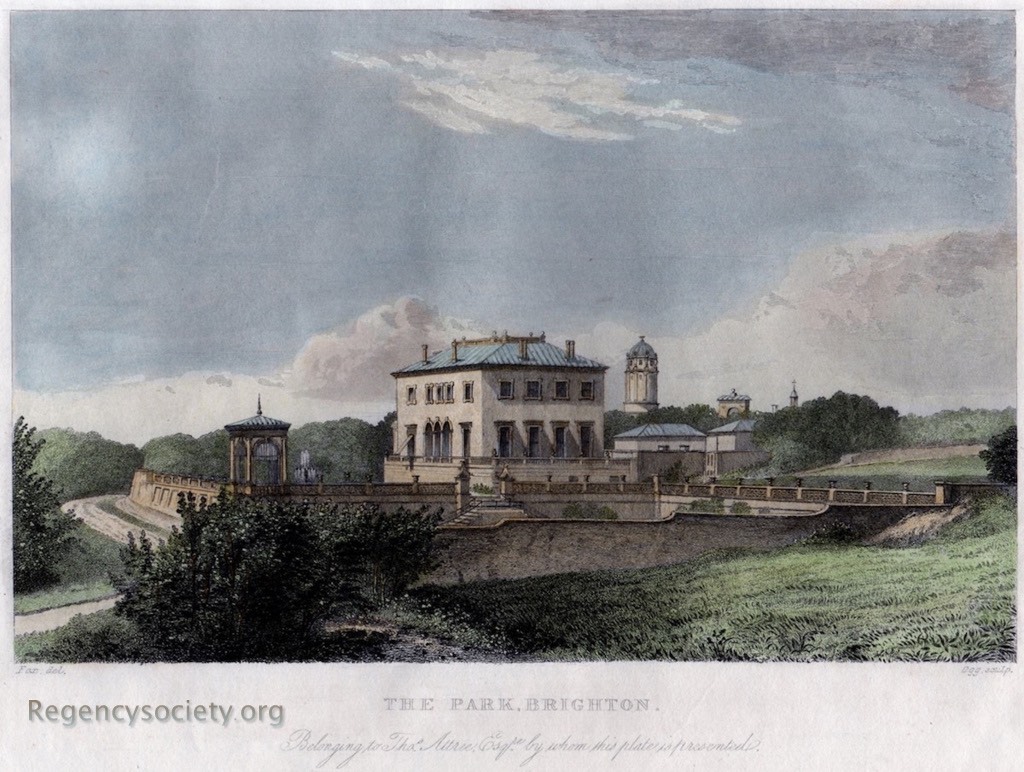 Steel engraving by H A Ogg after Edward Fox. Published in the Rev Horsfield’s The History, Antiquities and Topography of the County of Sussex, 1835. Fox was a fine architectural and topographical artist, also a drawing master in Brighton. His son, also Edward, became a well-known local photographer. The paper on this particular copy is watermarked 1834.

The Rev Thomas Walker Horsfield (1792-1837) was a nonconformist minister and important topographer who wrote The History, Antiquities and Topography of the County of Sussex in two volumes. With many illustrations, it became a standard reference work for later Sussex historians.

Queen’s Park, previously called Brighton Park, was owned by Thomas Attree (1778-1863) and named after Queen Adelaide. Attree commissioned Charles Barry to design the Italianate villa. Barry had just completed the Traveller’s Club in Pall Mall, and Attree’s house has many features of the London club. The old observation tower still stands as the ‘Pepper Pot’ today.

On Attree’s death in 1863 the estate and his villa were purchased by George Duddell (c1821-1887) from Hong Kong. On his death the estate failed at auction and ended up in public ownership, with the villa becoming a school until it was demolished in the 1960s. There is a good view of the Pepper Pot in the background of this engraving.

The original pencil sketch for this print, by Edward Fox, is in the Brighton Museum collection.

See all images of Queen’s Park

There is more than one image of this site. Click here to view images