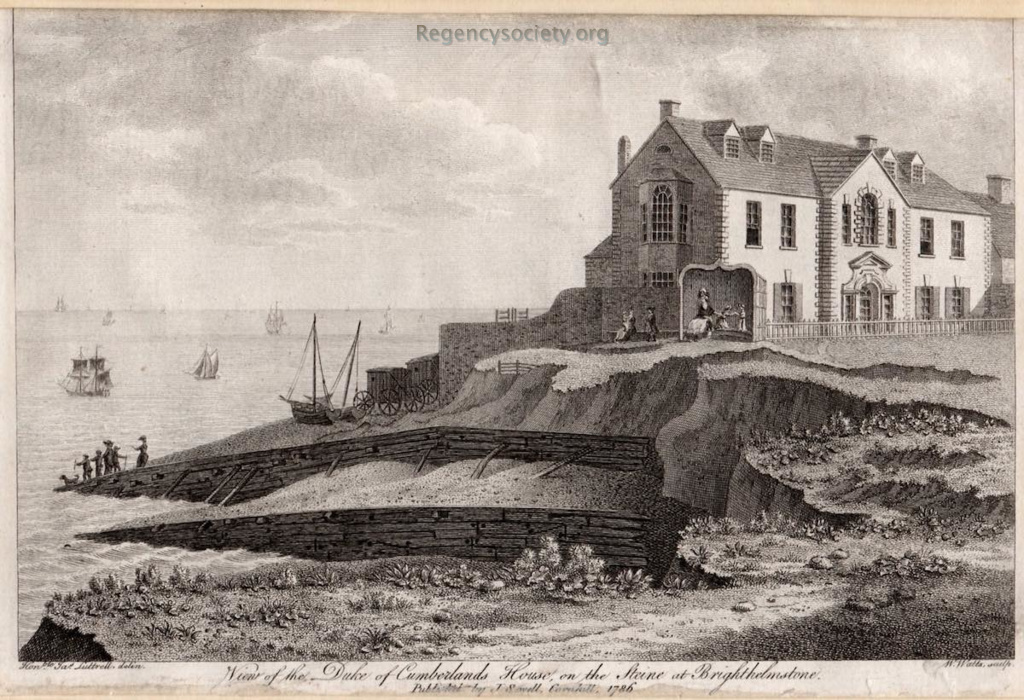 Copperplate line engraving by W Watts after the Hon James Luttrell. Published by J Sewell, August 1786 in the European Magazine.

The house was originally built as the home of Dr Richard Russell. It was on the earlier site of small tenements and a shop which, according to a deed of 27 April 1739, were there some years before that date. Russell bought these properties on 2 July 1753, and built what was then the largest house in Brighthelmstone. He lived there until his death in 1759.

The Duke of Cumberland lived there from 1786 for three years. The house then declined in favour and in 1807 was opened as a boarding house by Mrs Hill. Later, one room was devoted to a camera obscura and copperplate printing was carried on in another part of the house.

Circa 1824 the house was pulled down, being in a poor state of repair. The present Albion Hotel was erected on its site and opened on 5 August 1826.

In front of the house is the small shaded sun seat, looking south-east, giving protection from the afternoon sun, which also appears in F Jukes’s engraving of View of Brighthelmstone 1785.

J G Bishop’s A Peep into the Past: Brighton in the Olden Time, 1892 edition, opposite page 150 and under the title Russell House, Brighton, 1786.

A History of the Royal Pavilion, Brighton by Henry D Roberts. Country Life Limited, 1939, opposite p 32. 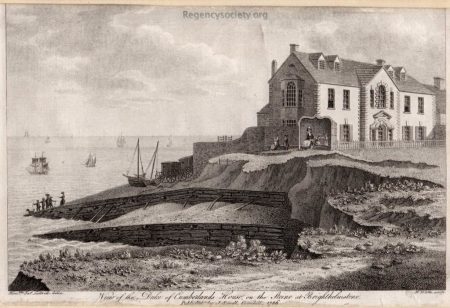 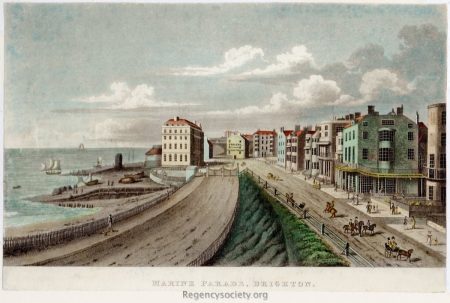 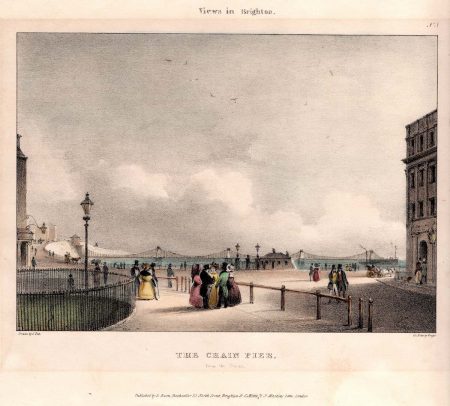 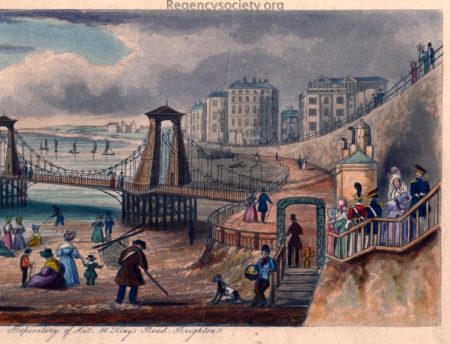 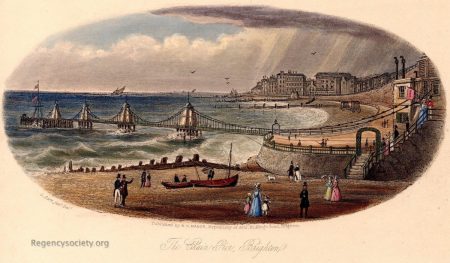 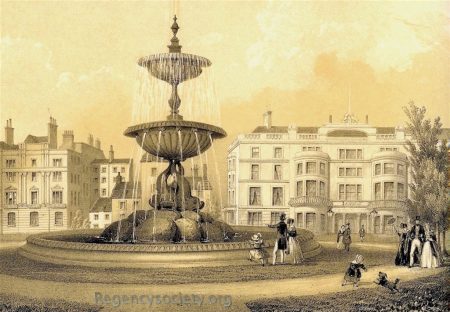 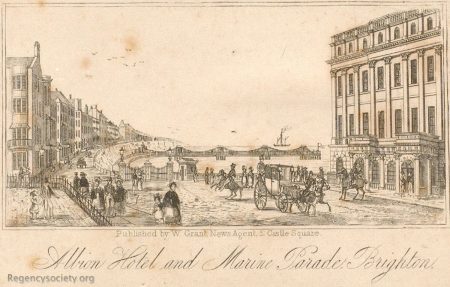