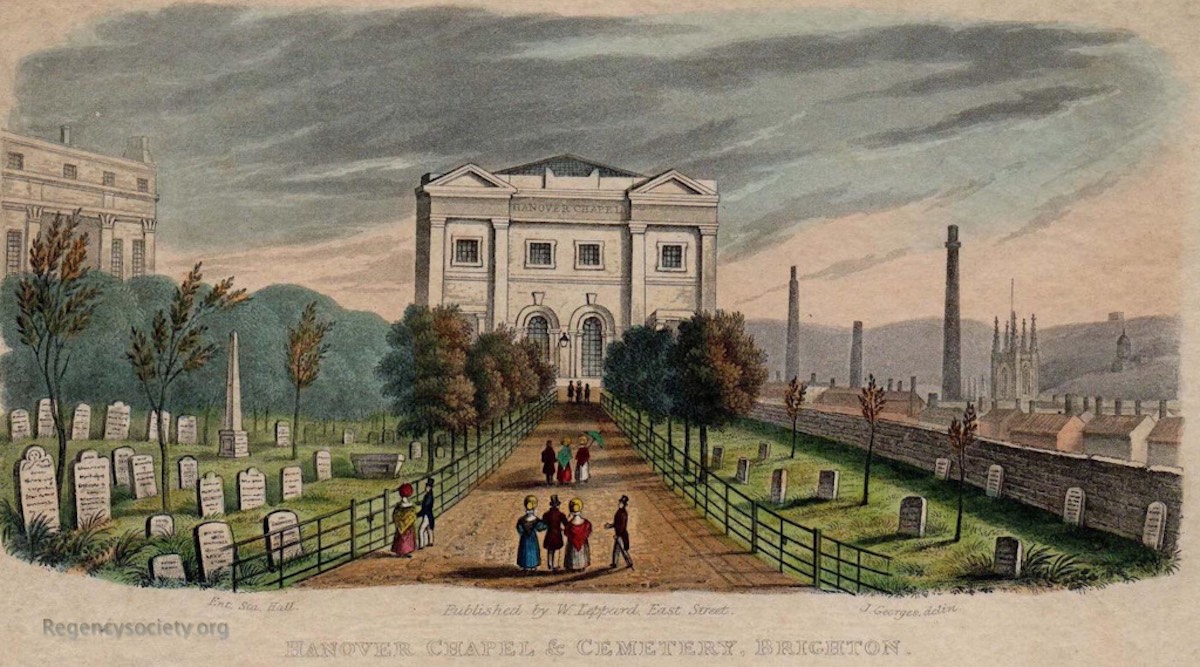 Aquatint engraving after J Georges, published by William Leppard, c1830. The obelisk on the left of the scene is still standing, and the far left building became the Masonic Hall on Queen’s Road. This image was also published as a letter-heading.

Hanover Chapel was built in 1824 for the Rev James Edwards from Petworth. It was taken over by the Presbyterian Church in 1844 and remained with them until 1972.

As we look at the Hanover Chapel in this scene, the stacks of the Regent Foundry (off Gloucester Lane – now Gloucester Road) are on the right, North Lane (now North Road) is immediately behind the chapel, but beyond that there was not much development – just Frederick Street, with houses built on its east side, and North Gardens with a terrace built on its west side. There was nothing in between those two roads until Queen’s Road was put in place. The house to the left of the scene was Windsor House, built by Wilds and Busby in the 1820s for a Mr J M Kidd. Its address was Windsor Terrace, which roadway (going north) stopped just past this house as it reached North Lane.

Queen’s Road was put in place in 1850 by Act of Parliament, and it took the northern end of Windsor Terrace up to the new station. Mr Kidd’s house was bought by the Masons c1896, who enlarged it greatly and it became the ‘Sussex Masonic Club and Temple’. HM George IV’s Freemasonry apron is in the Masonic Club’s museum.