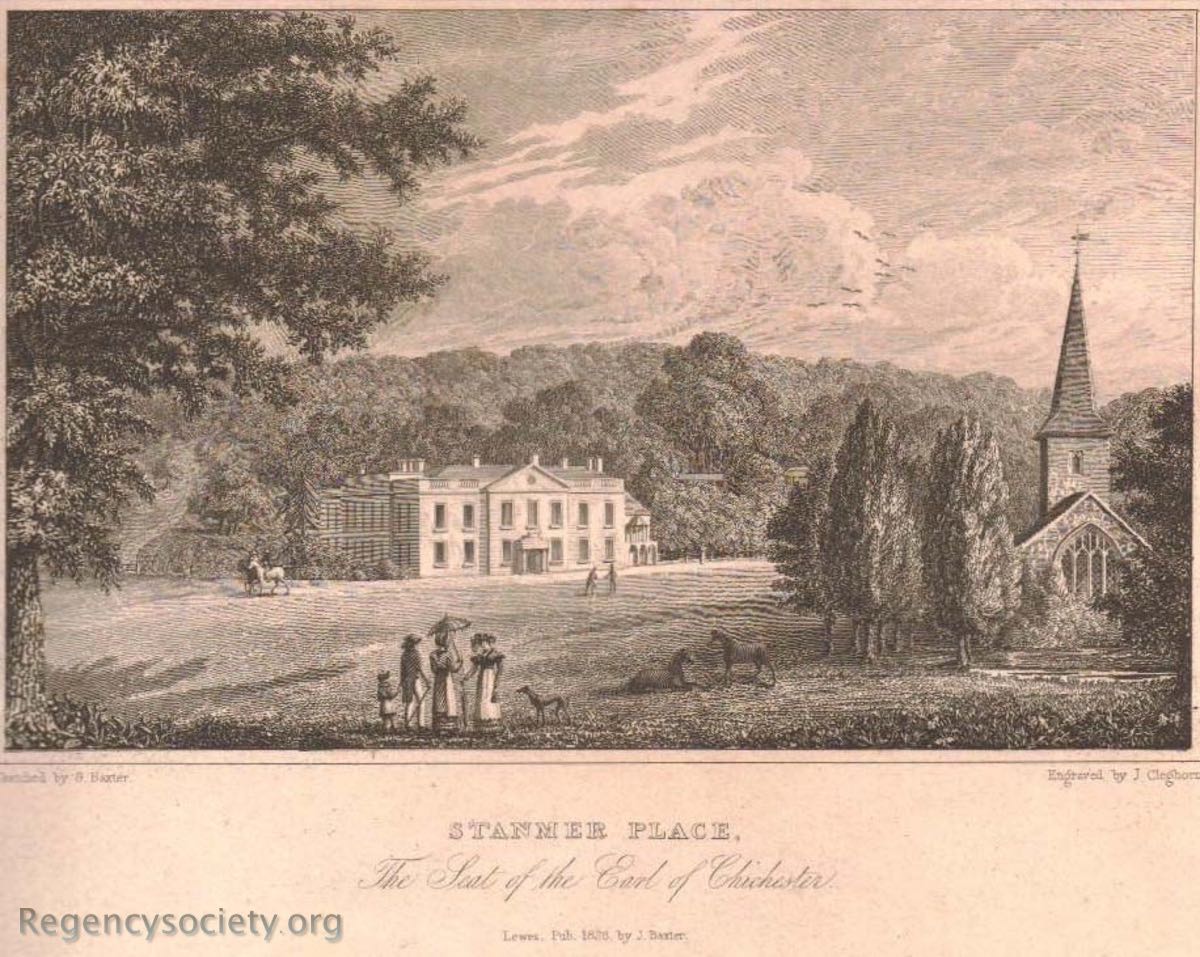 Copperplate line engraving by J Cleghorn after a drawing by G Baxter. Published by J Baxter, Lewes, 1826. This example is printed on India paper.

The original Manor House of Stanmer was owned by Peter Gott (1653-1712). Of Dutch descent, he was a director of the East India Company and of the Bank of England, but he allegedly shot himself, leaving large family debts.

The house and estate was sold to Henry Pelham of Lewes, the third son of Sir John Pelham. Henry owned land in the Weald and at Pevensey marshes, together with the fashionable Pelham House in Lewes. With the French architect Nicholas Dubois, who had worked for Henry in London, Pelham decided to demolish the original imposing mansion he had purchased and build more of a country villa in Dubois’ favoured Palladian style. Unusually, The Keep archives hold the most detailed contract and record of everyone who had dealings with the building project, even down to the names of two women who picked flint boulders off Brighton beach. The architect Dubois names 4 August 1721 as the day his involvement with Stanmer began, and 28 November 1728 as its ending. 1721 was also the year that this first Henry Pelham died, of small pox, and his eldest son, also Henry, assumed responsibility for rebuilding Stanmer. This second Henry then died in 1725 and his elder brother John had died in the year of their father’s death, 1721, so the building of Stanmer House finally landed on the shoulders of the third and last brother, Thomas Pelham, who had spent many years abroad in commerce in Turkey.

The architect Nicholas Dubois continued to work for the family, and Stanmer is the best known surviving building of this not particularly esteemed architect. This third brother, Thomas Pelham, died on the 21 December 1737 and his son, also Thomas, inherited the estate while only nine years old.