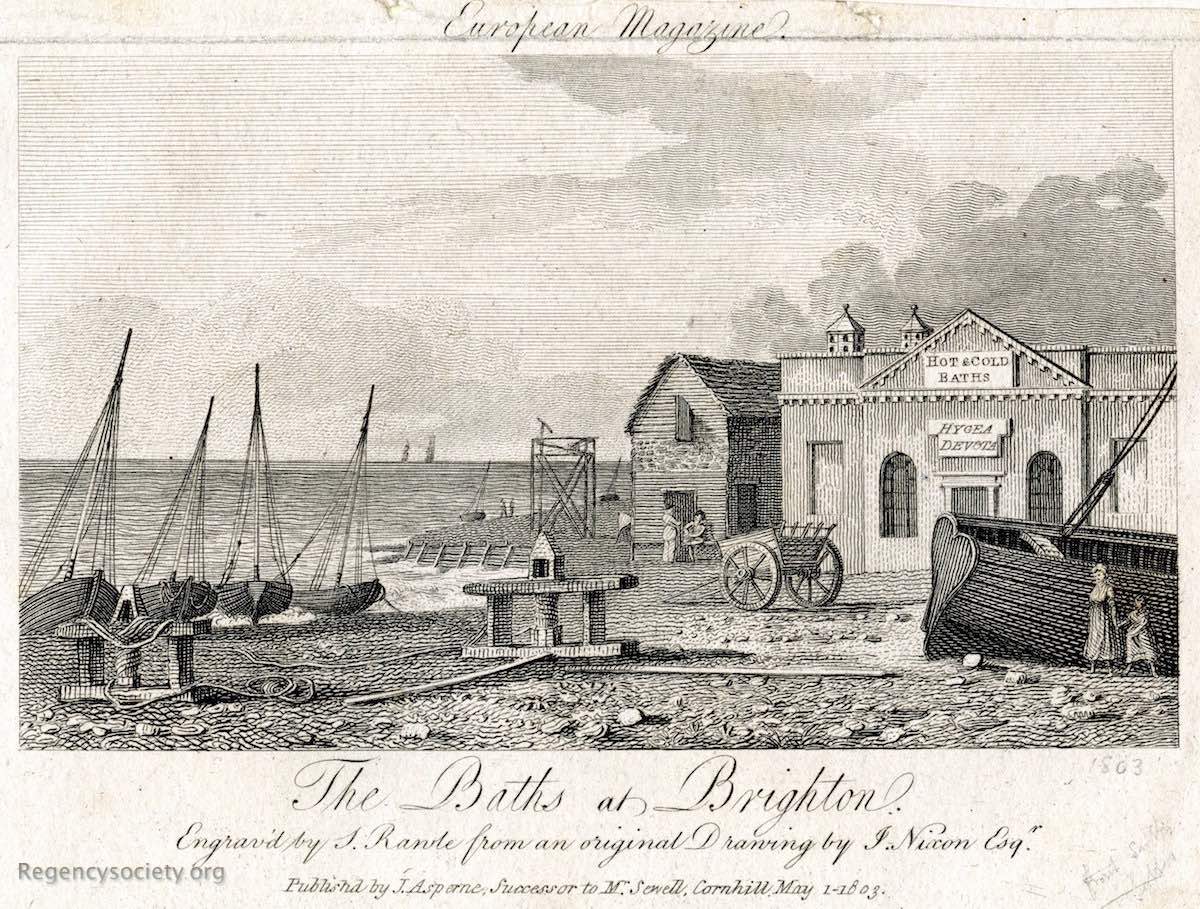 Copperplate engraving by S Rawle from the original drawing by J Nixon, published in the European Magazine 1803. The baths were built in Pool Valley in 1769 by the architect and builder Robert Golden for the medical entrepreneur and seawater enthusiast, Dr John Awsiter. Dr Awsiter promoted indoor bathing in warmed seawater as being very beneficial to health. The baths were later taken over by Mr Woods and renamed the Royal Original Baths. They were then taken over by Mr Creak whose wife, Alice, continued the business after his death. In 1861 they were demolished to make way for the enlargement of Brill’s Baths, at 2 King’s Road.

Royal Pavilion: An Episode in the Romantic by Clifford Musgrave. Leonard Hill Books, 1959, opposite p 3.

Life in Brighton: from the earliest times to the present by Clifford Musgrave. John Hallewell Publications, 2nd edition, 1981, after p 64.

Images of Brighton 102 and illustrated on page 78.