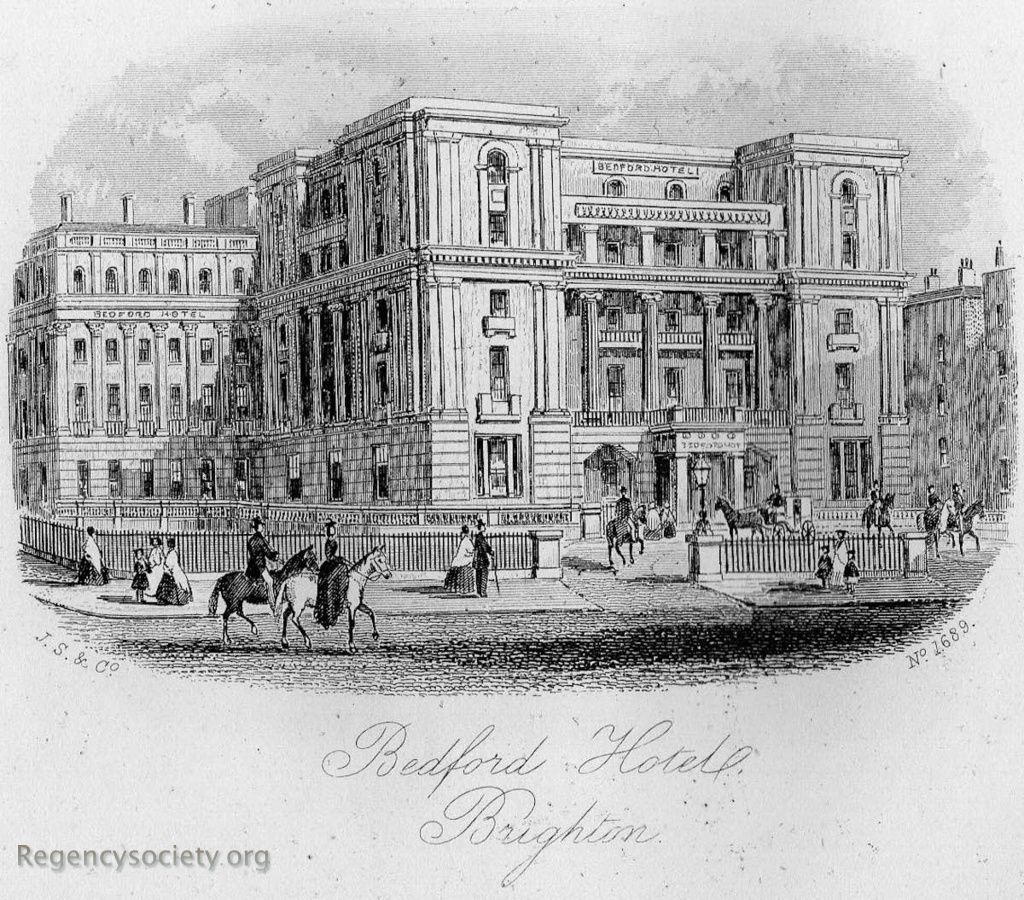 Pevsner, in his Buildings of England: Sussex, 1965, writes: ‘at Brighton the first hotels on this new scale and in the seaside style were the Royal York of 1819, the Royal Albion of 1826 and, the most remarkable of them architecturally, the Bedford of 1829’. This, the original Bedford Hotel building, was opened in October 1829. In 1855 Joseph Ellis, who had leased it since 1844, purchased the business outright and established it as the town’s leading hotel for the accommodation of royalty, the fashionable and the famous. Timothy Carder, in his Encyclopaedia of Brighton, writes: ‘The Bedford was considered the most distinguished late Georgian building in the town after the Royal Pavilion’.  The building was destroyed by fire on 1 April 1964.

All images of the Bedford Hotel: 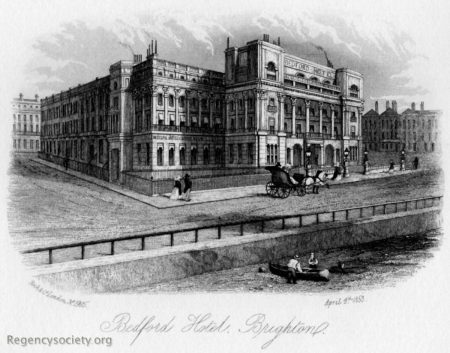 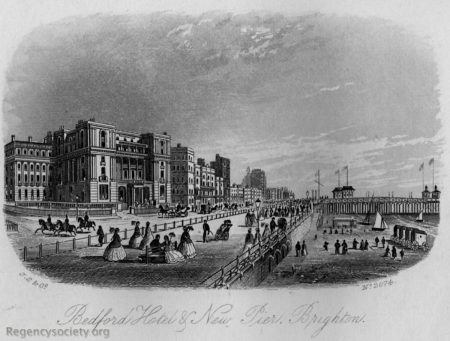 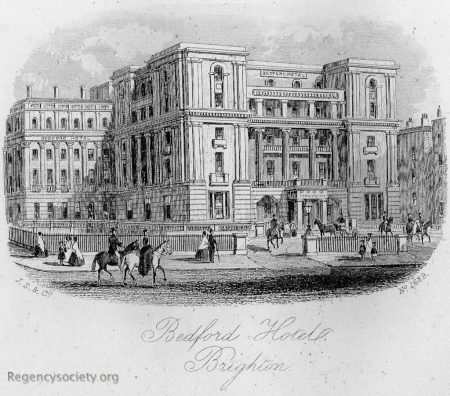 There is more than one image of this site. Click here to view images