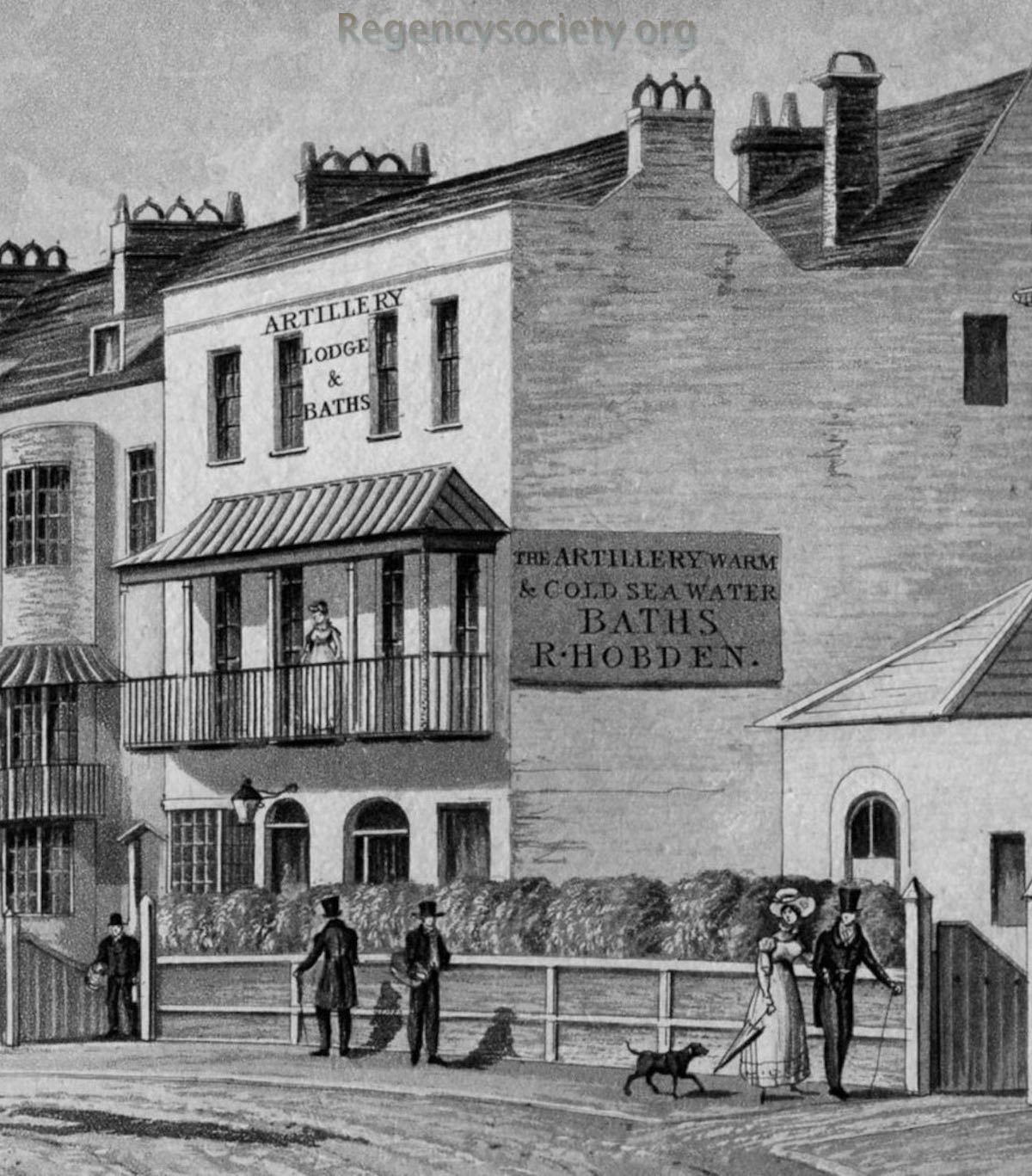 Detail from The Battery, Brighton after Edward Fox c1825, showing R Hobden’s Artillery Hot & Cold Sea Water Baths, situated on the King’s Road, in the small curve where the Grand Hotel now stands. This curve in the road was put in place to take the seafront road round behind this West Battery which was built in 1793.

These seawater baths were first built in 1813 and became Hobden’s Royal Artillery Baths in 1824, under the ownership of Robert Hobden. They were demolished in the mid 1860s, the Grand Hotel was built by 1864 and the following year a fine new bathing establishment was built, with direct access from the new hotel. These baths were finally demolished in 1908 to make way for the hotel ballroom and Empress Suite.

All images of the Grand Hotel: 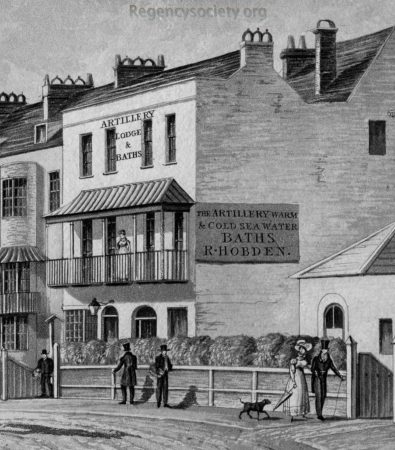 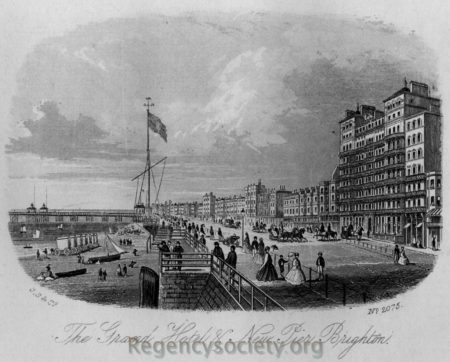 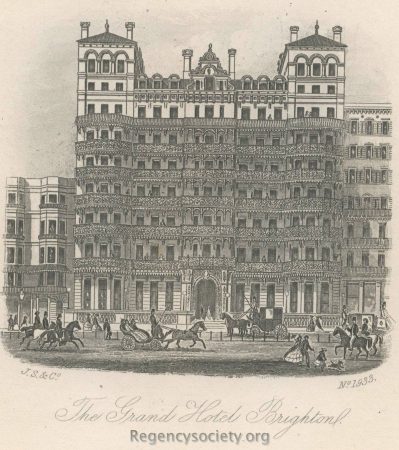 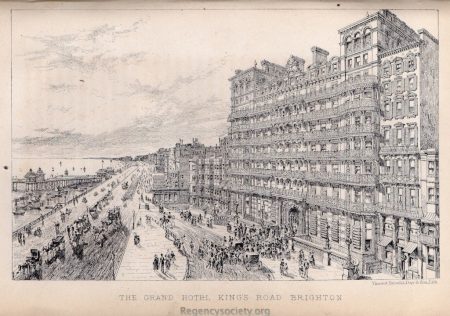