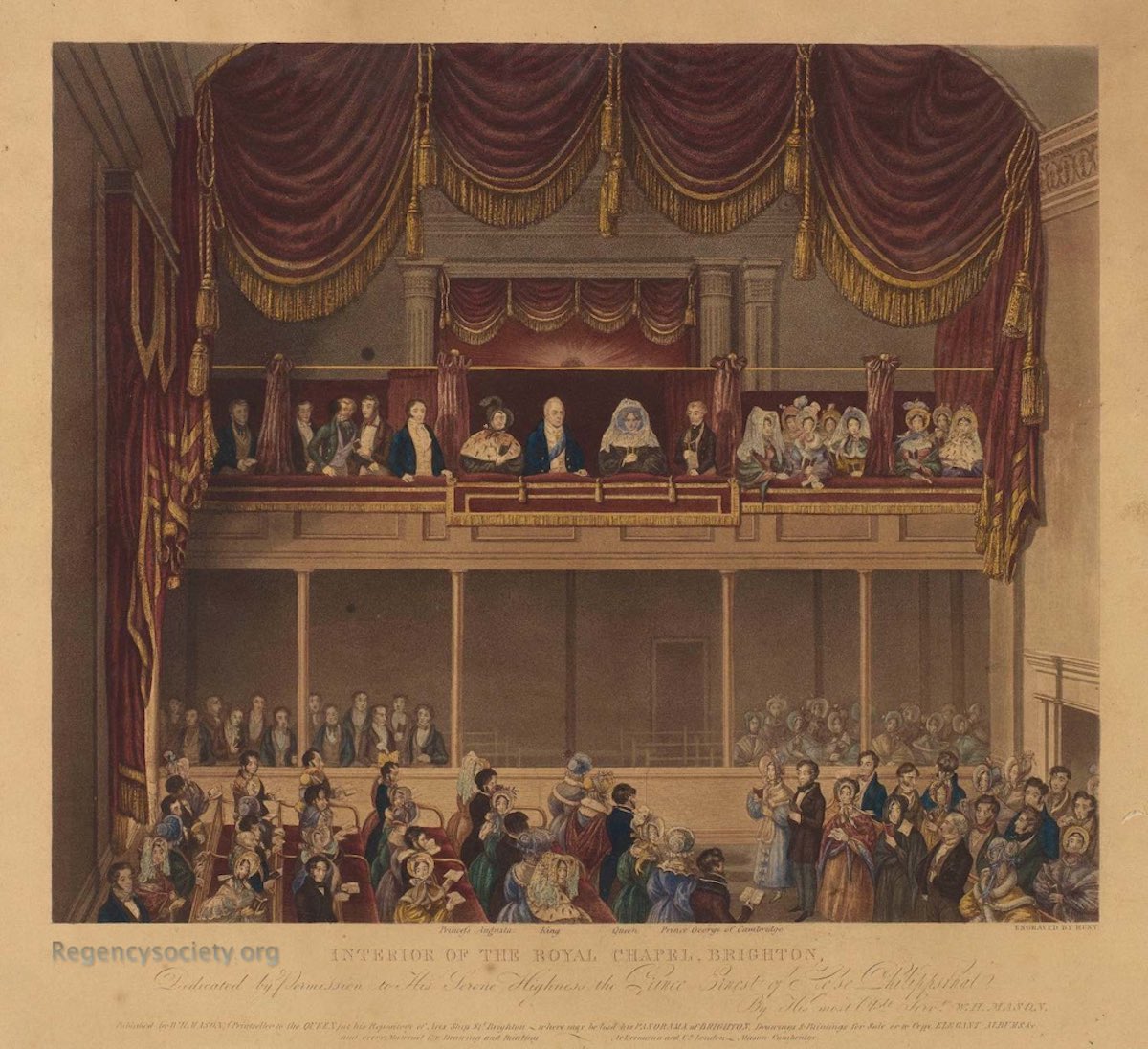 Aquatint engraving by Charles Hunt. Published by W H Mason, Printseller to the Queen, Repository of Arts, Ship Street, Brighton, Ackermann & Co, London, and Mason, Cambridge c1835. This is the only known engraving of the chapel interior. Mason dedicated this print ‘By Permission to His Serene Highness the Prince Ernest of Hesse-Philippsthal’ by ‘His Most Obdt Servt’.

It was a handsome building in the style of Robert Adam and contained four public rooms, of which the large ballroom was lavishly decorated. Henry Roberts, in his book on the Royal Pavilion, wrote that it was unclear whether the Assembly Rooms were actually demolished or just converted. However, history books record that by 1850, when the Town Commissioners purchased the whole Pavilion estate from Queen Victoria, this new Royal Chapel, created from the Ballroom, was claimed by the Church Commissioners as a consecrated building, and was moved stone by stone under the supervision of the local builder, George Cheesman, to Montpelier Place, to become St Stephen’s Chapel, now the Brighton Housing Trust’s First Base. This ‘stone by stone’ description of its move indicates conversion rather than demolition when George IV took it over.

Henry D Roberts, author of A History of the Royal Pavilion, Brighton, Country Life, 1939, arrived in Brighton from Southwick in 1906 and rose within Brighton Council to be head of their Publicity Department, and in charge of the Royal Pavilion, the library, museums and art gallery. Largely forgotten today, he was responsible for a programme of carefully researched repairs and renewals in the Pavilion and, during and after the First World War, he and his family actually lived in the Palace. In 1933 he moved to live in Preston Manor, where he died in 1951.

Illustrated in A History of the Royal Pavilion, Brighton by Henry D Roberts. Country Life, 1939, opposite p 155. In his caption, Roberts credits the original drawing to W H Mason.

Images of Brighton 781 and illustrated on page 51.