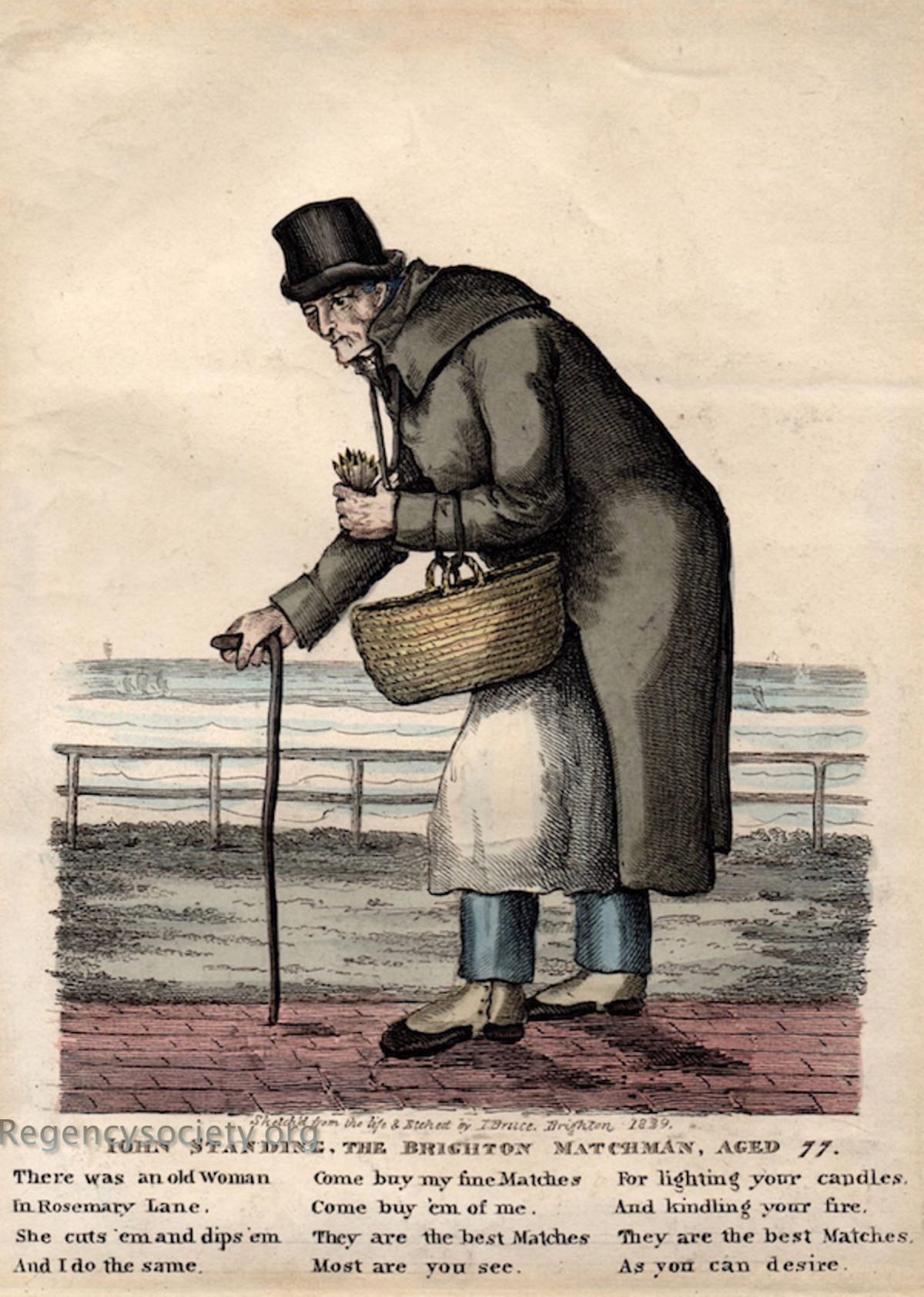 Copperplate line engraving, drawn and etched by John Bruce and published by him in Brighton, 1829. With 12 lines of verse.

Standing is described in Erredge’s History of Brighthelmstone. He was ‘the most celebrated of the match-vending craft’ and was known as ‘Old Rosemary Lane’ because of the verse he constantly uttered while doing his rounds. He was a native of Hurstpierpoint, a bricklayer by trade, who had the misfortune to fall from scaffolding at about 30 years of age. He received spinal injuries which prevented him from standing upright, lost one eye, his thumb was broken and set badly and ‘was otherwise much mutilated’. In January 1833 he was suddenly taken ill in East Street, and died on 9 February after nearly forty years on Brighton’s streets.

The first edition of the plate has no seafront details etched in.