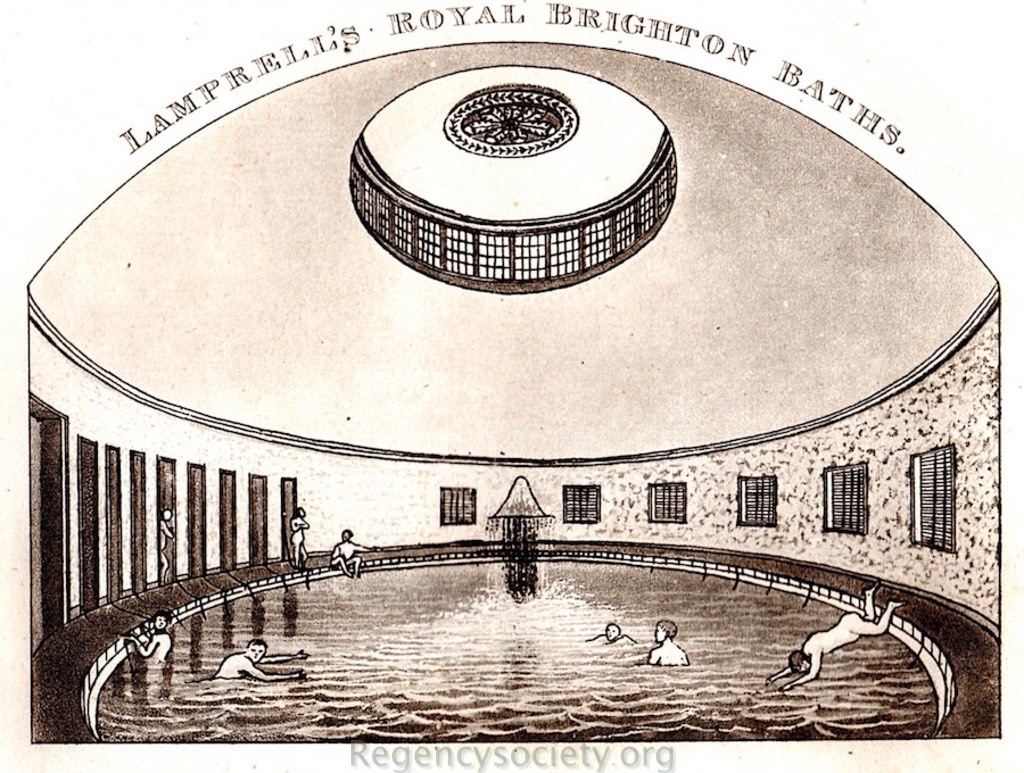 These were the first swimming baths in Brighton, built in 1823 on the site of the old East Battery, at the bottom of East Street. Changing rooms are on the left of the pool, and the fountain on the far side provided a constant flow of seawater. The building became known locally as ‘the bunion’. Its position was something of a mistake in planning by the Town Commissioners because, when the obvious joining up of King’s Road with Marine Parade was proposed, the bunion was right in the middle of the road.

Images of Brighton describes this aquatint as an unusual print which, because of the popularity of its subject, was later reproduced in lithographic and steel-plate versions.

This is the small edition from the much larger aquatint of the same scene. On the large edition details of the baths are engraved – the pool had a circumference of 162 feet and contained 100,000 gallons of water.