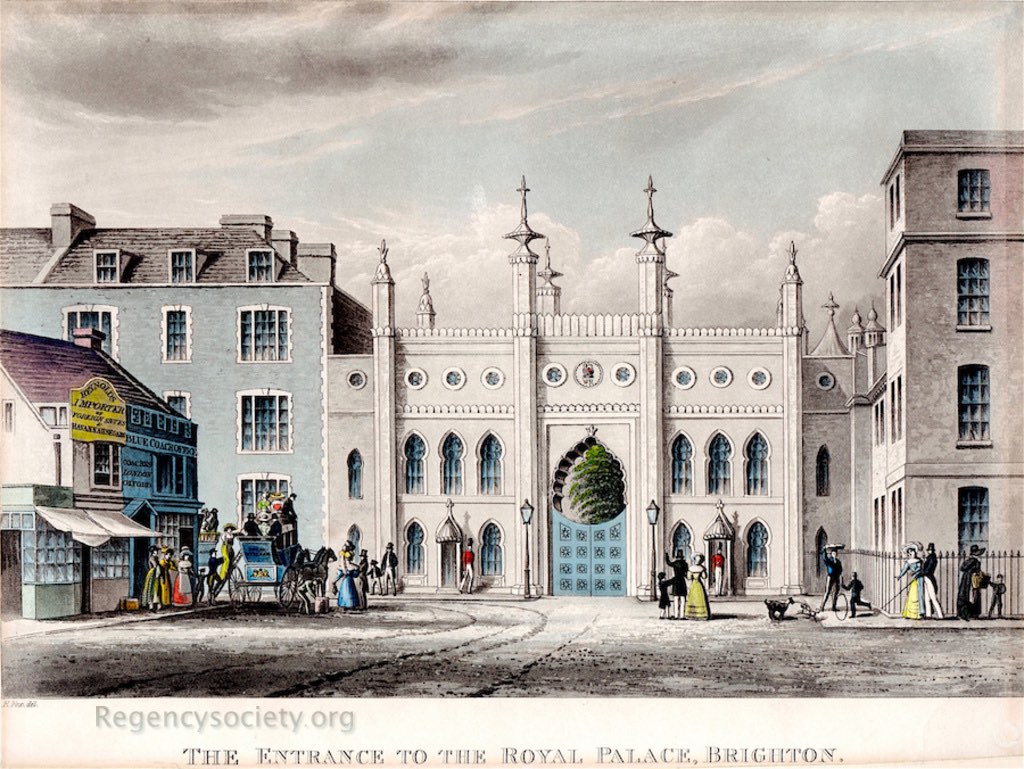 Aquatint engraving after Edward Fox’s drawing. No engraver named, but most likely to be Fox himself. The original Fox drawing is in Brighton Museum. This is the second edition, the first had the title Grand Entrance to …’. Both were probably published in 1831, the year the South Gate was built. The gate was commissioned by William IV but was described by Edward Brayley as having ‘more resemblance to a gate-house prison than to any object of architectural beauty’, and was quickly demolished by the Town Commissioners when they purchased the Pavilion in 1850. The early change to the title of the print may have been after an objection by the King to the description ‘Grand …’.

When built it was called ‘The South Lodge’. It included 36 rooms that were intended for His Majesty’s visiting guests for whom, at the height of the season, there was not room in the Palace itself. It was designed by Joseph Good who had been appointed architect to the Pavilion in 1822, after Nash’s withdrawal. The short street Pavilion Buildings is now on this site. On the left is the very busy Blue Coach Office and a detail of this part of the print is illustrated here.

Images of Brighton 590 and illustrated on page 52.

There is more than one image of this location: see all images