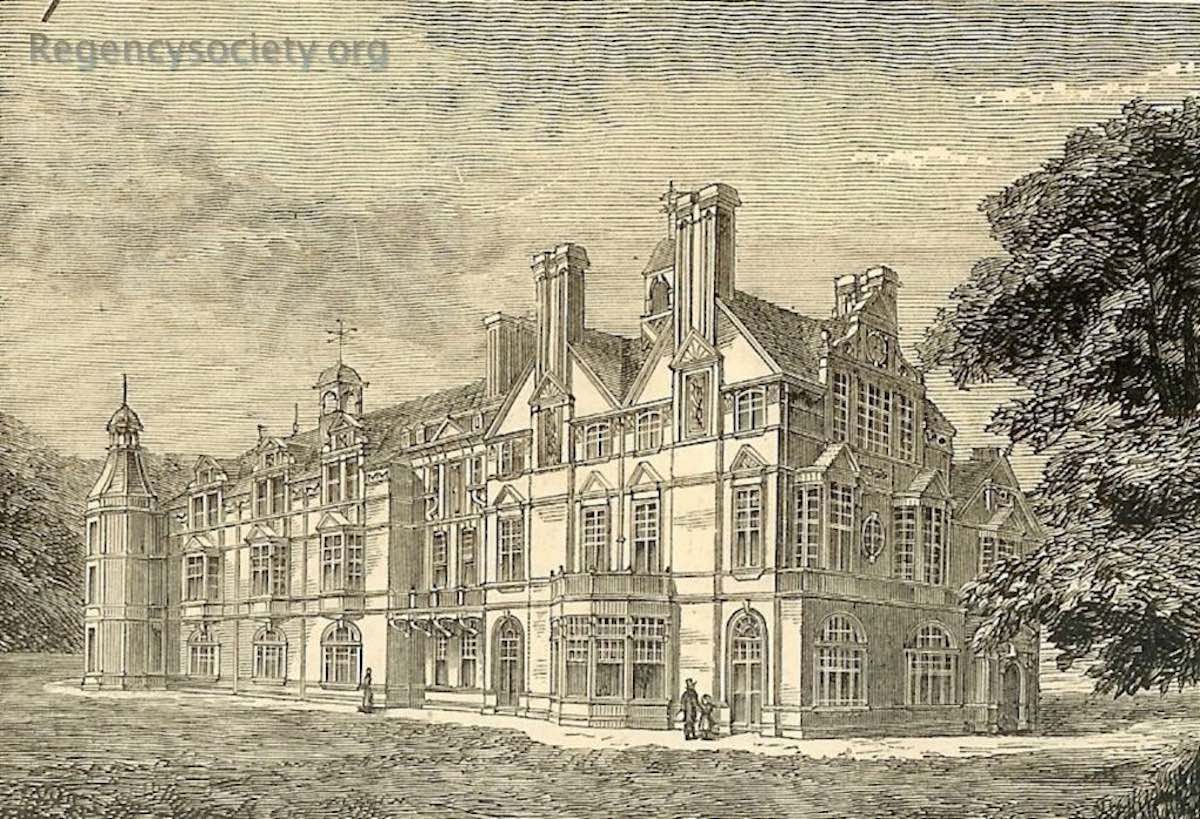 Wood engraving from the Graphic, 30 July 1881. The building was designed by Thomas Lainson (1825-1898), a prolific local architect who also designed the Middle Street Synagogue, the private house that became Hove Museum, and the large red-brick warehouse in Holland Road.

The original children’s hospital in Brighton was started in a private house at 178 Western Road. Due to increasing demand in Western Road it became necessary to buy the house next door in 1870, then later that year the governing body of the hospital purchased the one-and-a-quarter acres of land referred to as the ‘Church Hill School House Estate’, on the north-western corner of Dyke Road and Clifton Hill. The official opening of the hospital, on 21 July 1881, was performed by Their Royal Highnesses the Prince and Princess of Wales.

Image illustrated in The Alex Story: A Portrait of Brighton’s Children’s Hospital 1868-2007 by Harry Gaston. Southern Editorial Services, 2009. It is probably the original drawing for this wood engraving which is illustrated on page 5.

Also illustrated in The Victorian Development of the Clifton, Montpelier and Powis Estates of Brighton by Steve Myall. Pomegranate Press, 2008, p 130.

See all images of Hospitals and the Dispensary