Steel engraving published by Rock & Co, 10 June 1855. This copy is published as a letterheading and numbered 2796 in Rock’s reordering catalogue.

The house to the right, with the green canopy, is that of Mr Sinclair, a dentist. The church was designed by Richard Cromwell Carpenter, and the Rev Henry Wagner paid for the full building costs of £14,000. It was his most ambitious church building project, and he had it built for the local fishing community. It was opened in 1848, and attached to the church he put a large reading room, with a huge fireplace and chimney, in a failed attempt to draw the fishermen away from the local pubs. This room was later converted into the vestry. The tower, as shown in the print, was never built and in its place the octagonal timber bell stage was added in 1873. Great care was taken over the correct orientation of the building and, as a result, the long corridor along its south side was built, to guide the congregation from West Street into the church at its west end.

Mr Sinclair, the dentist next door, advertised his practice in local papers. In the Brighton Gazette he occasionally placed the following:

All images of St Paul’s Church:

See all churches in the churches gallery 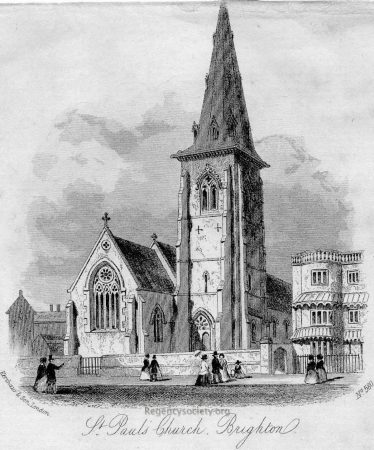 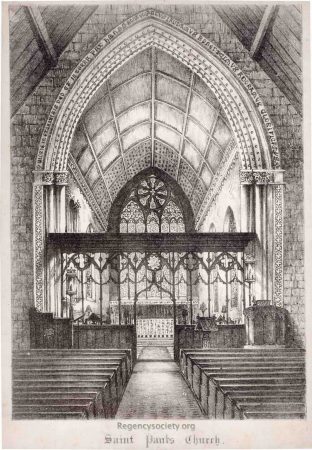 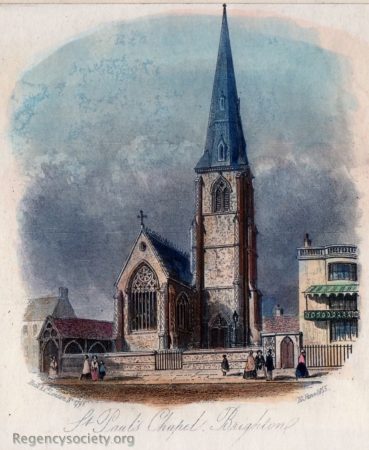 There is more than one image of this site. To see all images click here