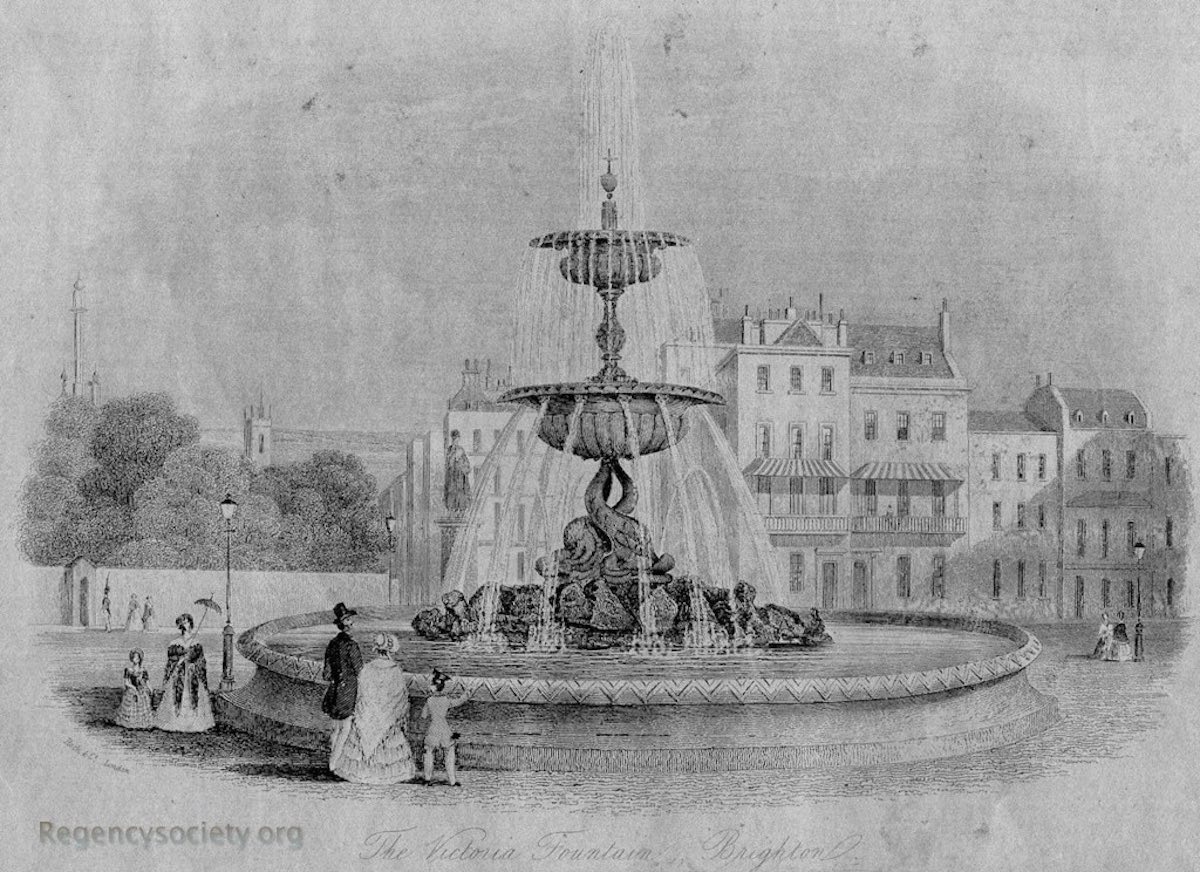 Steel engraving by Rock & Co, London, one of very few Rock publications of a larger size. The engraved surface size, excluding the title, is 10 by 15 cms – the typical Rock engraving is closer to 6 by 8 cms.

Looking due north, past the fountain, there is a good view of the terrace of four houses known as the ‘Blue & Buffs’, built in the 1780s and so named after being painted in the Whig colours in preparation for a visit of the Prince of Wales. In Bishop’s 1880 Peep into the Past: Brighton in the Olden Time these houses are in the list of ‘Lodging Houses’, with Richard Lashmar owning number 1, George Hemsley number 2, William Colbron number 3 and Stephen Gourd number 4. They each had two parlours, four best bedrooms and four servants’ bedrooms, apart from number 1 which had five. The owners were local traders – Hemsley was a blacksmith and Colbron was an upholsterer with a business in New Street. Richard Lashmar was one of the founding partners of the Brighton Union Bank, which suffered two bankruptcies and finally amalgamated with Barclays in 1896. He owned several shops in the town, including a grocer’s at 38 North Street, and later started his own bank. Two of the houses remain today; the two that jutted out into the Old Steine were demolished for road widening.