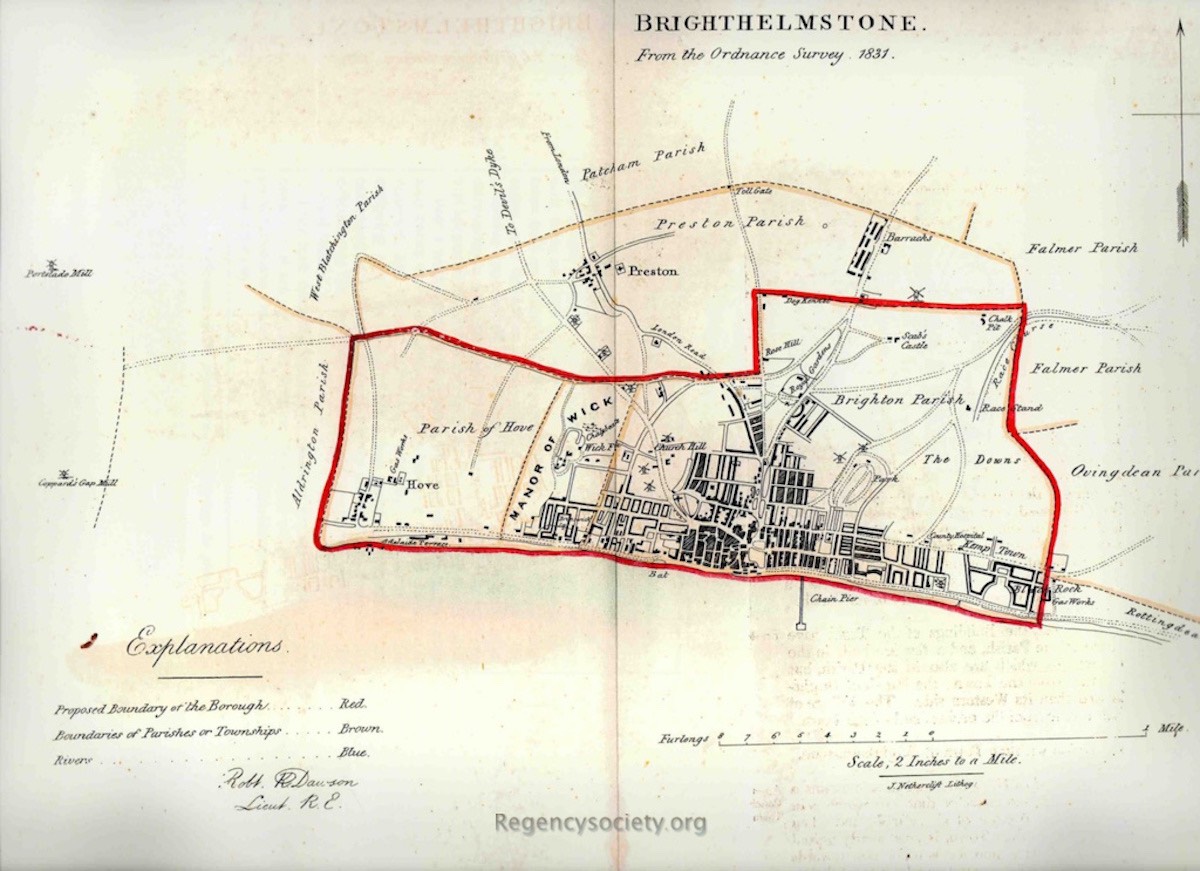 In the centre of this map is the identification ‘Church Hill’. Just above the word ‘Church’ is depicted a windmill, and just below and to the left are two more mills. Identifying them in order, from the north, the top mill is Hudson’s, where West Hill Road was later built. The middle mill is Vine’s Mill, which was located on a piece of land that became the back gardens of 6 and 7 Powis Villas, just to the west of the car park of the old Children’s Hospital, accessed from the narrow section of Clifton Hill. The southern-most mill is Clifton Gardens Mill. Rarely depicted, this mill appears in John Constable’s oil sketch of The Gleaners, Brighton in the Tate Gallery collection and was located on the private gardens that are now in front of Clifton Terrace. This map shows the open downland twenty years before the residential development of the Clifton and Powis estates. From Vine’s Mill, just the other side of the road that was then Church Hill but later renamed Dyke Road, can be seen the small black, open-sided square that is the workhouse (just below the word ‘Church’). 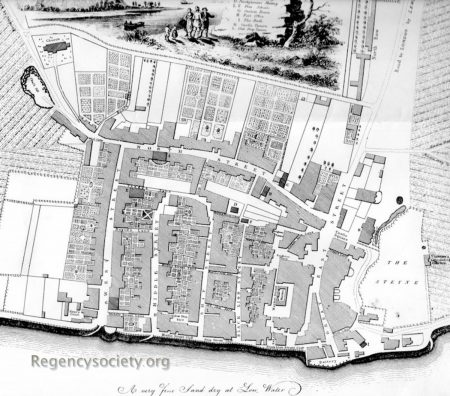 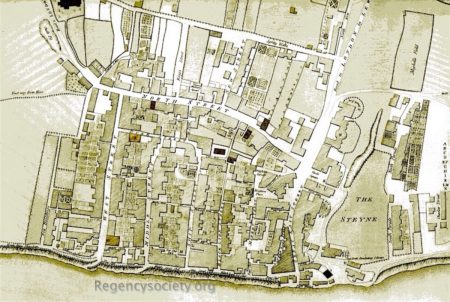 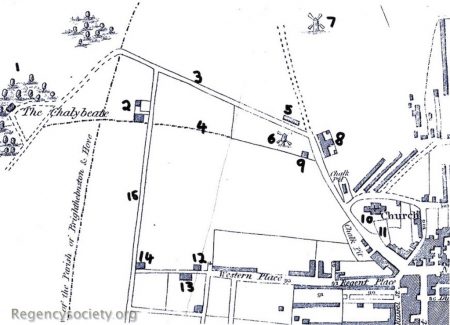 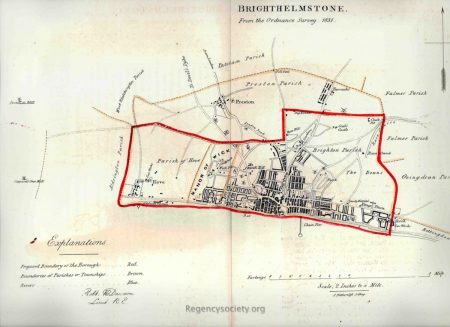 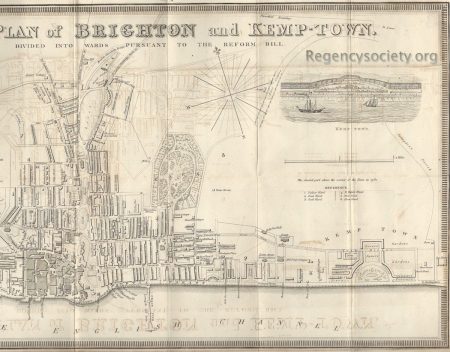 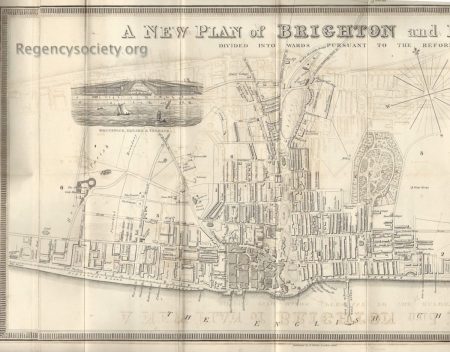 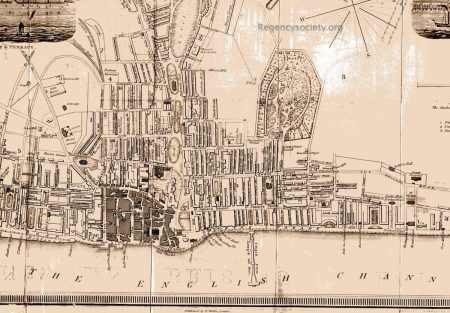 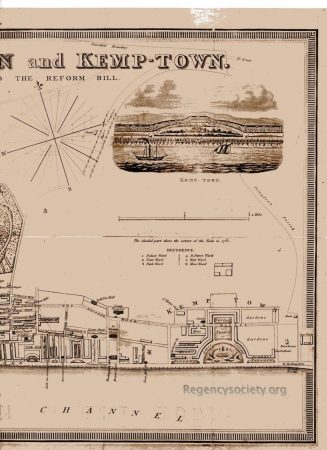 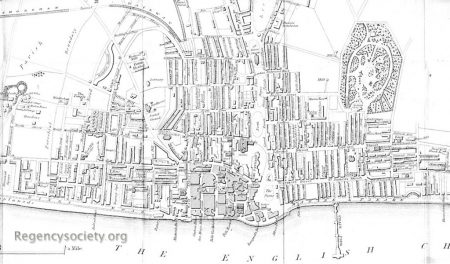